While cities are playing a growing role in population health improvements and have enormous potential to be health-generating places, they also face considerable challenges and need to be governed in a way that gives all citizens the opportunity to enjoy good health.

That was the message from Chris Naylor, a senior fellow in the policy team at the King’s Fund, as he delivered an insightful and informative keynote to open the second day of Healthy City Design International 2018.

Chris’ talk delved into research based on 50 in-depth qualitative interviews with leaders from 14 cities, including an extended case study on London examining the lessons that the city might learn from elsewhere.

The research found that although there is wide variation between cities in governance arrangements, powers and resources, there are also several common themes. Several key roles for city governments in improving population health were identified, including co-ordinating relevant activities across the city system, creating an environment that promotes innovation, and ensuring that planning processes are used effectively to create healthy places.

Through the study, Chris and his team detected “a palpable sense that we’re seeing a return to positive, optimistic, civic leadership, particularly in places like Greater Manchester, which are forging a new path”. 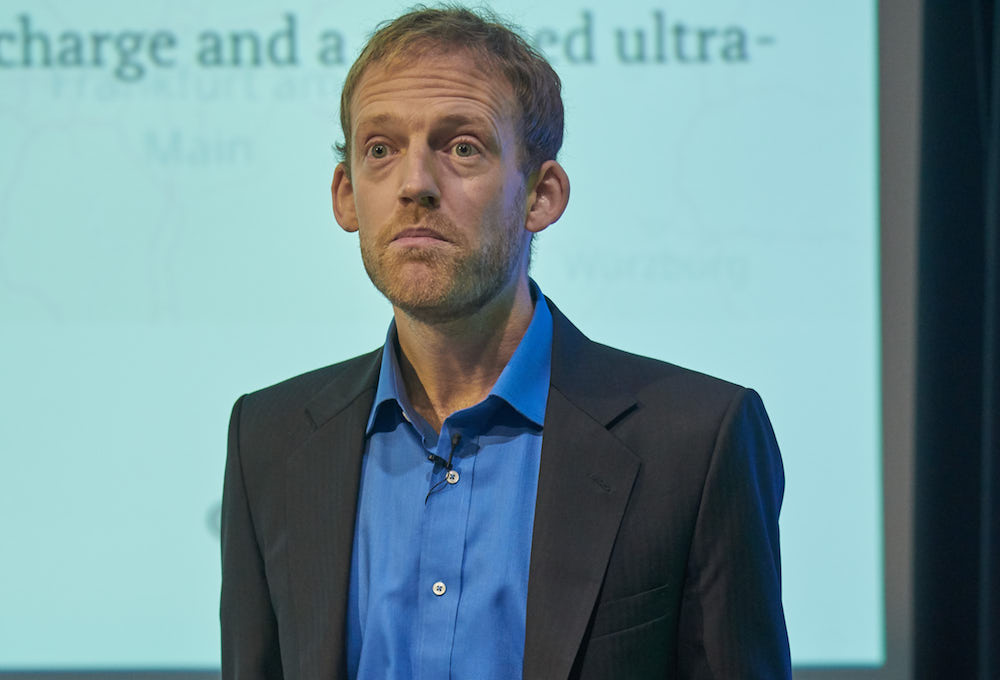 He added: “Cities are also becoming increasingly well connected, so we’re seeing not just individual cities but whole networks of cities taking co-ordinated action on the determinants of population health.” And while no city could be singled out as doing everything right, a number of cities provided lessons of what could and should be done to help promote population health.

“Copenhagen, for example, taught us about the importance of data and measurement,” Chris said. “In Copenhagen, they’ve made real strides in measuring the volume and patterns of movement of cyclists and pedestrians across the cities, so they can get a sense of how people can use the spaces.”

The city also benefits from a culture of putting evidence into practice and then using that practice to generate more evidence, he added.

Moving on to Berlin, Chris highlighted the high degree of autonomy the city has been given by federal government. This freedom opens up the possibility to experiment with new policies around improving population health, he explained, pointing to Berlin’s strong advocacy movement on improving air quality and the role of non-governmental organisations in channelling such efforts.

Paris, said Chris, is a striking example for its political leadership, which he described as a critical factor in explaining why some cities make faster progress on population health than others. And he also welcomed some important enablers in London, such as the mayor’s legal duty to develop a health inequalities reduction strategy, which can help influence other areas like transport strategy and planning processes.

Reserving particular praise for Amsterdam, and its programme to reduce childhood obesity, Chris lauded the long-term vision of the initiative – which is built around a 20-year plan – for its whole systems approach.

“Those interventions are part of a coherent plan and held together through really strong programme management at the city level.”

Improving population health is also about the social and human infrastructure. Illustrating this point, he focused on the work of Mexico City’s Laboratorio para la Ciudad, an innovation lab, which is trying to help government departments think differently about engaging with people. One programme, for example, seeks to ensure that children from the most deprived parts of the city have the same access to safe public space as children from other parts of the city.

Population health initiatives are not just the domain of large international cities. Wigan, in northwest England, has introduced its Wigan Deal, which is based on a sense of shared responsibility between local government and local people.

Top down and bottom up

Exercising cities’ formal powers in promoting population health, including regulatory, legislative powers and planning powers, is just as important, said Chris, as a bottom-up approach, where the local population are mobilised and empowered to take action on improving the health of the local community and their built environment.

Given the multi-sectoral involvement in this field, governance arrangements are really important, explained Chris, along with clear decision-making processes, leadership, and the different powers that cities have available to them.

“Improving population health depends on co-ordinated action across multiple levels throughout the city, so success lies in the coherence of the whole rather than in the effectiveness of individual measures,” he concluded. “We need to overcome the boundaries of all the different sectors that are involved in this area.

“Finally, when trying to improve population health, it’s important to remember that this is not just a technical exercise but it’s also a political one. It’s about thinking about the distribution of resources, and the relationship between people and the state – and that means politicians have to be part of it, and local communities have to be part of it as well.”

Organised by SALUS Global Knowledge Exchange in collaboration with The Helen Hamlyn Centre for Design, Royal College of Art, the Healthy Cities Design 2019 International Congress & Exhibition will be held at the Royal College of Physicians, London, on 14–15 October, 2019.